A sneak peak at Ecuador ~ by Emma 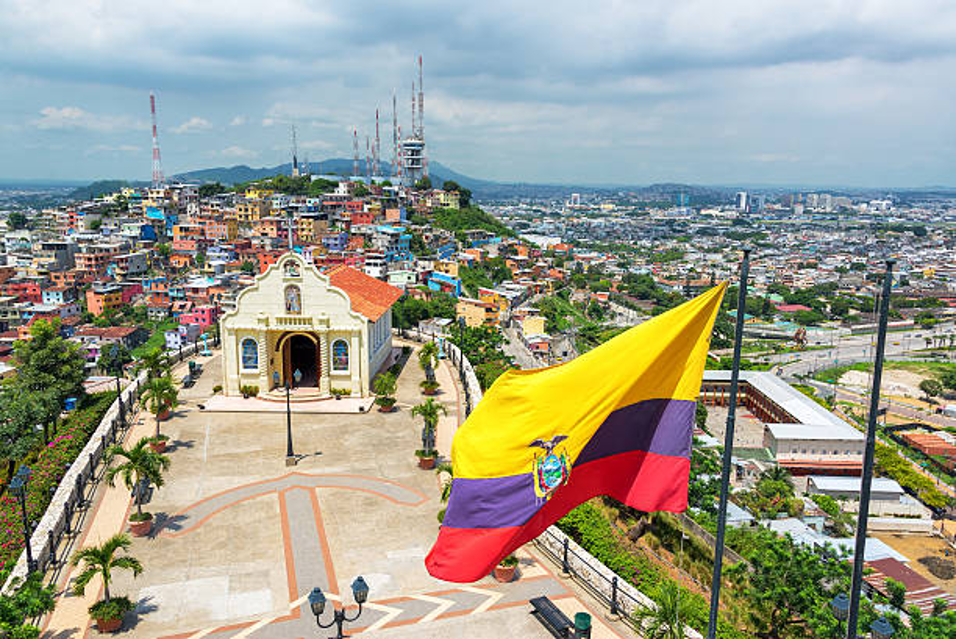 Growing up I’ve been surrounded by Ecuadorian culture; both my parents are from Ecuador and I consider myself Ecuadorian. I haven’t met many Ecuadorians growing up and many people I’ve met don’t know where Ecuador is, so I had to educate them on the basis of my ethnicity. Because I have so much practice, I want to introduce my readers to a sneak peak of Ecuador.

First let’s talk about the geographical aspect of Ecuador. Ecuador is ranked  the 4th smallest country in South America, but has four types of climates. First, Ecuador is located exactly where the line of the equator is, which is actually where Ecuador gets its name.  The coast is desert-like and warm. Near the mountains it is warm but mild. The Andes mountains are where it’s cold. And because Ecuador is on the equator, It has tropical forests and a tropic – like climate.

Ecuador is the home to the Galápagos Islands. The temperature is usually warm but the islands are still dry. In the Galapagos Islands, there are penguins, scientifically called Spheniscus mendiculus but better known as the Galapagos penguins. Another interesting creature found in Galapagos Islands is the blue – footed booby. Their scientific name is Sula nebouxii. These birds are mostly found in places near the equator, including marine environments not far from land.

Ecuador is well-known for its biodiversity. Ecuador has about 25,000 different species and plants living there, compared to the United States which only has 21,715 species. Ecuador is also part of the Amazon rainforest, the biggest forest in the world. Because of its size, there are many different species that inhabit the forest, like poison dart frogs, black spider monkeys, and macaws.

Ecuador is also known for its delicious food. One popular food that I’ve eaten that is uncommon in the US is guinea pig. In Ecuador we call it cuy and we usually eat it roasted. Not everyone eats it but it’s a common dish. Another dish we have is fried plantains, normally eaten with soups, and sometimes for breakfast. Finally, a dish I also recommend is caldo de gallina criolla, translated to Creole Chicken soup. It’s usually served warm and even if it’s a simple choice, it’s still a classic to eat.

I hoped you enjoyed reading this and got to learn a little more about Ecuador.